Devised in the Federal Style, the building features six large pillars leading to a leaded glass entryway.  Originally constructed as a residence for a prominent local banker, the building has been renovated in such a manner as to preserve its architectural integrity while providing all the modern technologies needed by the firm to thrive in the Twenty-First Century. 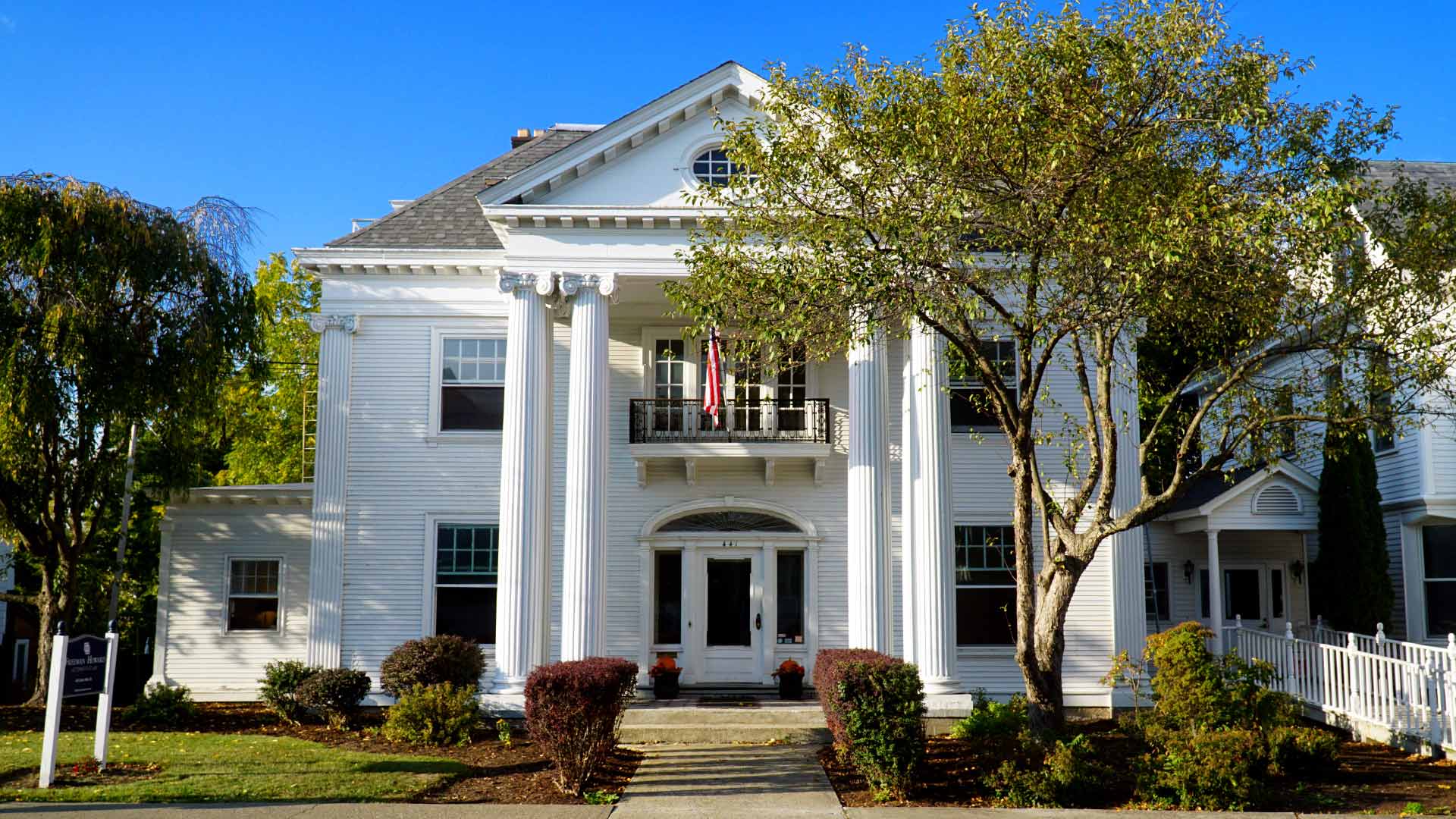 Formerly the home of the Connor, Curran & Schram, P.C., Freeman Howard, P.C. took occupancy of the building in 2008 as part of the firm's expansion.  Our strategic location in Hudson, New York provides central access to the Hudson Valley and is within easy driving distance of New York City, Massachusetts, Connecticut and New York’s Capital Region.

Our firm has a unique approach: Provide each and every one of our clients with the personalized, dedicated and ethical representation they deserve.